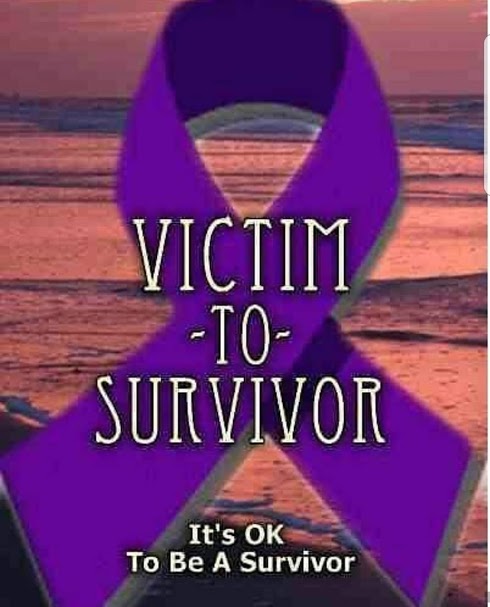 It was around 4:45 a.m to be exact we arrived at home and I asked you if you wanted me to warm up your food because you were hungry… I preceded to the kitchen as you headed upstairs. Oh my god I said to myself as I had forgot that I left my nursing scrubs on the bed from the day before while I was getting ready for work. This is the very thing that happens when your in an abusive relationship you began to be so emotionally programmed to the toxicity that you try not to trigger him from abusing you.  I could really take an inventory list of them in my head without even writing them down. Well I preceded upstairs but it was too late you had already thrown the clothes on the floor and my heart immediately starting racing because I knew right then that I was going to either get slapped or punched in the face just for leaving the clothes on the bed. Instead you accuse me of sleeping with your father just because I had called the house to let your parents know that I would be arriving to pick you up soon since you had stayed there the previous night. As I stood in the bathroom staring in the mirror staring at my fate; talk about the man in the mirror. I took a long look and paused at myself and there you were right behind me ready to start an argument.

It had to have been two minutes later I was on the bathroom floor being choked to the point where I could not breathe, tears running down my face, your looking at me with so much rage where you were really ready to end it all, my life, your life and leaving my children motherless. I couldn’t believe you were choking me I seen my entire life flash before me from the time I was a little girl to seeing my children faces.  I tried to use one of fingers in between yours just enough to breathe but it wasn’t enough because I must have passed out in the bathroom because when I woke up I was in the bedroom.  The very thought that you dragged my lifeless body from the bathroom to the bedroom still makes me cringe when I think about it. I opened my eyes barely because my face was swollen eyes shut from all of the punching and only to open my eyes to see you standing over me ready to fight me again. I look over at my 3 week old son in the bassinet and my soul just cried out to God to not let me die like this. You began to start punching me again one hit after another it could have been just a few minutes but it felt like eternity and that it would never stop. Here I was the woman that you said you loved  but yet there you were beating me as if I was a stranger on the street ready to rob you of all your goods.I meant nothing to you at that moment… your eyes, omg that rage,that look is one that I will never forget there was no love, not a care in the world.

Well the baby starts to cry and I pick him up out of the bassinet only for you to start beating me again as I beg for you to stop but you wouldn’t. So here you are on top of me as I try to shield the baby as he began to give this screeching cry as if he knew his mommy was in danger. Please stop hitting me!! I begged you over and over again but you just would not stop. Well somehow I was able to talk you into going downstairs to get the baby his bottle of milk. I placed my baby in the bassinet  I walked to the stairs I didn’t see you and I kissed my baby on the forehead and told him that I was doing this for us “Mommy loves you so much, you will understand later”.

I preceded to jump out of the second floor window and I ran.. We lived in a country rural area, no sidewalks, people homes so far apart no one is going to hear me it had to have been a little after 5 am but I knew I had to run I was not going to stay in there because I was so sure that if had I stayed in the house YOU the reader reading this entry would be reading a different story.  My only way out was to jump out of the window because the stairs would have just led me right back to you and I know I would not have made it out of that door. I started running once I jumped out of the window and landed on my two feet, I was screaming hoping that someone would hear me but no one heard me at least that is what I had thought. Omg you were right behind me how did you see me jump out of the window while I share this story at this moment that still boggles my mind.

You grabbed me and dragged me back in the house I tried taking my clothes off so that I could get away but you were too strong, now you got me back in the house and you starting biting me all over just attacking me; I loss my eyesight but I could feel your teeth from the bites. God answered my prayer someone heard me and called the police, the police were knocking at the door trying to get in;  and there you are trying to lock the door but they got in anyway. I was so happy at that moment that the torture was over. I cried to the officers that “my baby is upstairs.” I loss consciousness and woke up in the trauma unit hearing the doctor say that we are sending you a helicopter because we are not equipped here for your injuries and we are having a hard time keeping you awake.

Fast forward I loss my eyesight for close to 30 days and I survived a coma, my jaw was fractured, I had torn ligaments in my neck from the jump and the all the abuse combined. Thank God for my mother nursing me back to health and helping me walk again and taking care of my newborn baby because I had no strength to take care of him at all I was blind, very difficult for me to walk, and the shame I felt was so unbearable at times. The judge set bail at a very high amount I went to court to face you in the eye to let you know what you did to me was wrong and that I did not deserve any of it..

In the U.S a woman is beaten every nine seconds so for however long it took you to read this journal entry multiply that by nine and that is how many women are being victimized right at this very moment. I spoke to you over two years ago, not to rekindle a relationship thats DEAD but to let you know I will no longer be silent I will now start using my platform to share my story and hopefully inspire others that it is not their fault you can be free and live that life that you may dream of living, you can be free. I have been living abuse free for over 13 years now. No one deserves to be treated less than a human being. If you know someone that is being abused call 911 or contact the local domestic violence center/hotline.

I dedicate this to all the women who have lost their lives to domestic violence. 👐 Also thank you to Tena Marie Williams for being the voice for so many women who are silent and giving me an opportunity to share my story for the first time publicly October 14,2017. Today I will no longer be silent, today I smile because that fear I once had is no longer there. By the his grace I can now empower others to be Free. “I SMILE”

Sign up to received weekly emails with inspiration in your inbox.